My ‘Right Royal Blog’ as I go Back To Nature, with HRH The Duchess of Cambridge on Blue Peter

It’s a ‘Right Royal Blog’ today, as I had the most incredible opportunity to film for Blue Peter with HRH The Duchess of Cambridge. 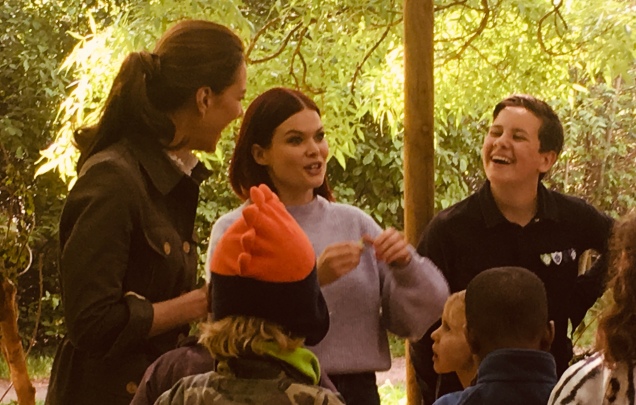 Along with a group of home-ed kids, BP presenter, Lindsey, Catherine and I pond dipped, planted, built dens and chatted; here’s the ‘behind the scenes’ write up & photos, including a link to the clip.

Filmed at a fantastic environmental area within  Paddington Recreation Ground, London, I have to say the pond was pretty epic. It had a special pond dipping platform jutting out in to a massive central pond of different depths. It was absolutely teaming with wildlife; there were loads of tadpoles, newts and insect larvae. Catherine got stuck in doing a figure of 8 technique to try and net some special pond life and she asked me, ‘what we’d already caught?’. I talked to Catherine about the excitement you feel when pond dipping, because you never know what you’re going to find. Check out the newt I found, even the BP camera woman, Liv was fascinated! 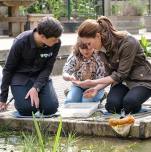 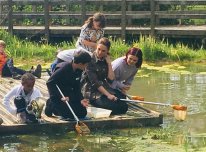 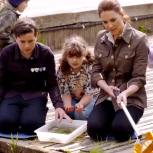 My pond at home…. 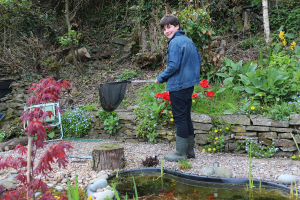 has different depths too; there’s quite a deep bit, a shallow area so any creatures can climb out and lots of pond plants such as marsh marigold, iris and water lilies.

I use my net to clear the pond of algae and leaves in autumn.

Blue Peter let me lead on this piece, which was a huge responsibility, but at least it was with a familiar task. Here, Catherine asked me how I got in to gardening and who my inspiration was. I replied that I’d been gardening at home with my Dad since the age of 4 and that I volunteer, with my Mum’s community project, Operation Farm 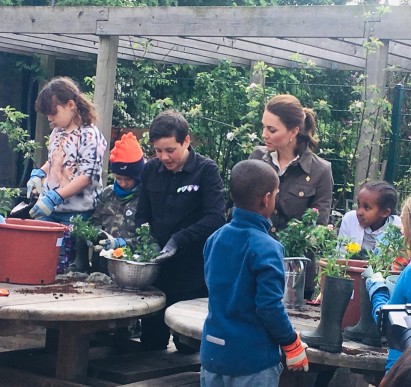 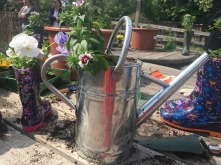 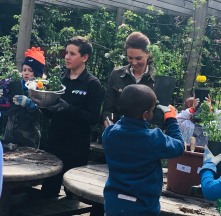 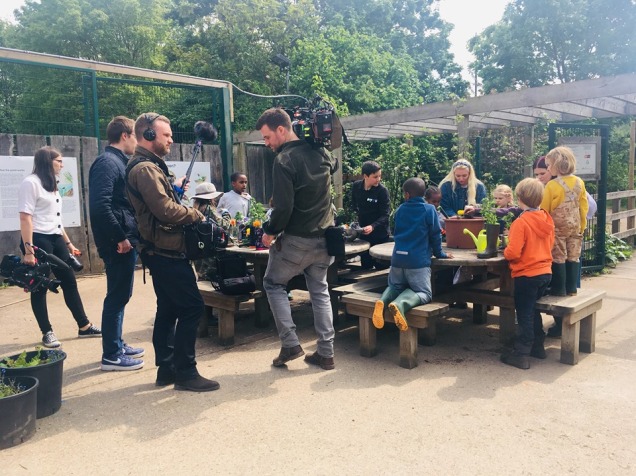 Catherine filled the watering can and she has a neat touch; she planted a sweet William, I wonder who that was for ?!?!? 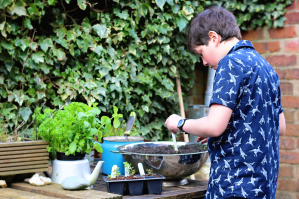 we have used wellies and colanders to plant out herbs and veggies. Here, I planted a variety of herbs in a colander. It’s a really good way of reusing stuff that you would normally throw away, which is obviously better for the environment. On BP I talked about reducing the use of plastic in the garden to stop it ending up in the ocean.

Lastly, the third activity was a competition to see who could build the biggest and best den. What none of us knew was that Catherine is a bit of a pro at den building! 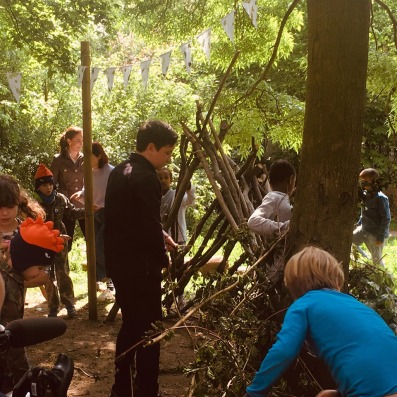 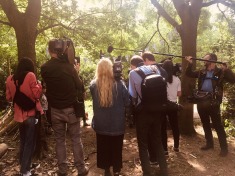 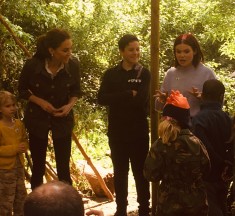 ….and there could only be one winner, “TEAM CATHERINE”! 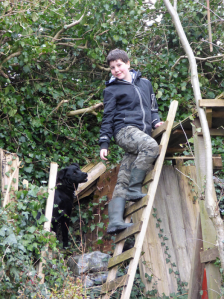 I have a tree house sort of den at home, my Dad helped me to build the main structure and I add more and more stuff every time I’m up there. I really enjoy my time in the tree house, creating my own home from home. 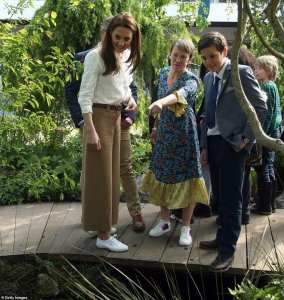 The Duchess, Andree and Me! (c)Getty Images

After the den build, Catherine and I had a little chat, where she invited me to spend a day working on her Back to Nature Garden at RHS Chelsea Flower Show.

Those den building skills came in handy as I helped construct the famous den and plant a periwinkle in that beautiful, lush garden

Two days later I was back at Chelsea for the official garden launch, which was absolutely mind blowing. 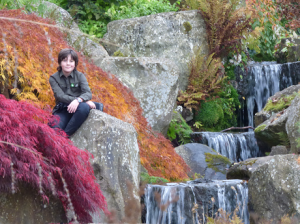 The Rock Garden at RHS Wisley

The Royal Garden Competition was launched at the end of the clip, inviting BP viewers to design a decorative garden sculpture that will be built and installed at RHS Wisley. The winner will also be invited to Wisley to see their sculpture unveiled.

What are you waiting for? Get your entries in asap; click on the competition link above to find out more.

The benefits of going back to nature

Catherine talked about the physical and mental health benefits of getting outside and reconnecting with nature. For me, it starts with that first breath of fresh air, it clears your mind. Also, the actual act of touching plants and smelling the scents too, it can really take you away from your doubts and worries. Seeing wildlife can be so uplifting too, you can be a bit sad one minute, then you see something simple, like a tadpole and you feel all giddy! 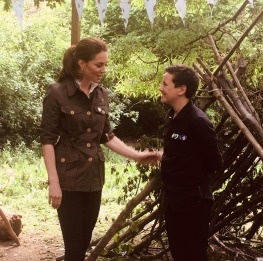 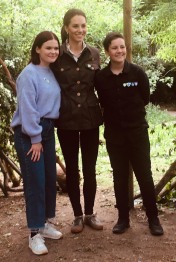 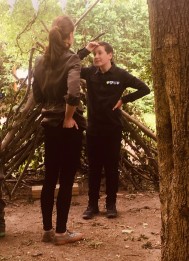 Who’s that in the pink fluffy jumper? 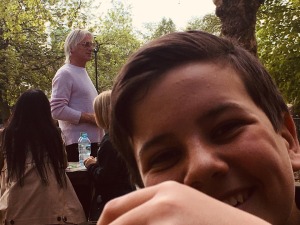 Filming with BP and Catherine was pretty special and it’s defo something I’ll never forget.

Neither will my Mum, as when we went for a break in the park’s café, we saw Paul Weller and she got rather giddy, even though I thought it was Elton John!!!

The Duchess of Cambridge was really down to earth, she proper got her hands dirty and was really lovely to talk to. I think she’s a good role model to share the message of getting outdoors and the health benefits of going ‘back to nature’, as she’s a mum to 3 young children.

I’d really like to thank everyone involved – Blue Peter, Kensington Palace, Park Staff and obviously, Catherine – for including me in this A-MAZ-ING opportunity, creating a memory to last a lifetime!

9 Responses to My ‘Right Royal Blog’ as I go Back To Nature, with HRH The Duchess of Cambridge on Blue Peter