So here’s my final blog on the first ever RHS Chatsworth Flower Show; 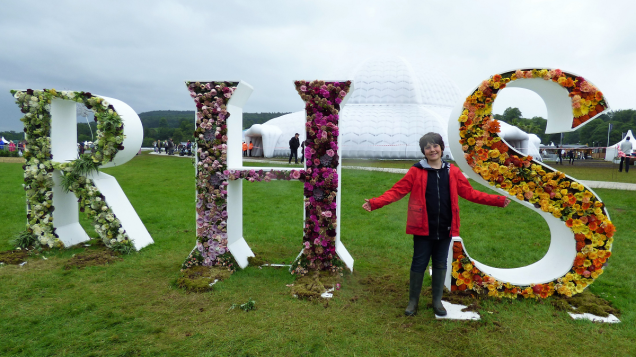 I’d been looking forward to the show for months and it didn’t disappoint; it was absolutely #AWESOME

Back and to, to Chatsworth

I went to Chatsworth about 3 times last week, but who cares ‘cos I love the drive over there and I love Chatsworth House!

Was for the Filming Day with Gardener’s World presenter, Adam Frost. You can watch the clip on iPlayer until 7th July and I’m on at about 10mins in

There was the container build that my Mum and Sarah did for Operation Farm and People First Tameside; you can watch a silly video of that here

My second visit was for press day 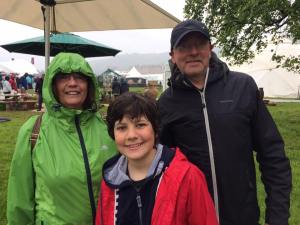 We bought tickets months ago and gave one to my Grandma Barbara for her special birthday. It was so exciting to visit on a proper ‘full-on’ show day and despite a bit of rain at first the weather was so kind to us and made for a really special day.

Let’s talk about Chatsworth first as it’s a place I visit often. The show offered views from different angles than I’d seen before and it was good to get a closer view of the house as we were on the other side of the river than we normally are.

I’ve been to RHS Tatton Flower Show before and it was great to see a show being brought (up north) to Derbyshire too. The House and Landscape looked incredible as a backdrop to the show. 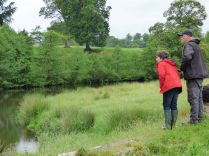 When I first saw the Great Conservatory it made me go “WOW” as it looked amazing. Then, when I walked inside it had a lovely tropical feel to it because of the plants in there and it was so warm. A huge disco ball hung from the ceiling and around that was a cage like structure made from moss and branches. Water was pumped through to create humidity or a humid like feel.

You can view a 3D tour of the Great Conservatory here

Paxton was really cool because he created the original Great Conservatory at Chatsworth in 1841 and he grew bananas, which were the first in Britain, the Dwarf Cavendish Banana

One bed tells the story of Paxton’s success in fruiting bananas at Chatsworth as early as 1835, from a compact cultivar sourced from China and dubbed Musa ‘Dwarf Cavendish’, for the 6th Duke – William George Spencer Cavendish. This selection was ultimately sent from Chatsworth back to more tropical climes, and due to its natural resistance to so-called Panama disease (Fusarium fungus), which hit widely-grown banana ‘Gros Michel’ in the 1950s, it has become the dominant banana in cultivation

We bumped in to the Head Gardener, Steve Porter and he said how they hope to use the Great Conservatory next year, with a different theme; I do hope so, as it was just incredible!

Good to see that they had used a bridge to create a floral display over the River Derwent; it was called the Palladian Bridge by Jonathan Moseley. They used every single bit of space to fill with plants, including the ceiling:

Spanning the River Derwent, the Palladian Bridge featured a gigantic willow snake (inspired by the Cavendish Crest) which rose from the water and weaved its way through the structure. Waxy-textured plants and flowers such as echiums and anthyuriums covered the snake’s body, and were used to represent the serpent’s scaly skin – the colours got more vibrant and fiery as they reached its head. 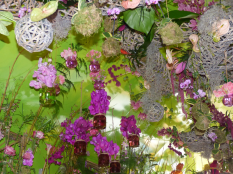 I was really chuffed for Kerry Wheatley, gardening teacher at Chaucer Junior School who was gifted the willow snake for their school – how fab is that!

Sculptures and other funky stuff

There was sculptures and loads of funky stuff dotted around everywhere at the show; I enjoyed the sculpture that was a copper box, which had a segment missing and I liked the funky seating that went through it. I also liked the big metal dandelions, especially the one that had seeds blowing off its head 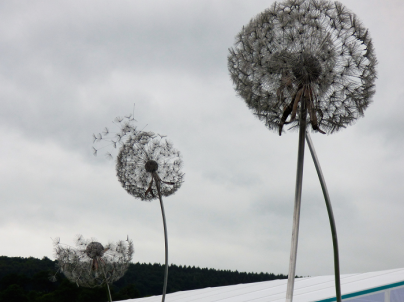 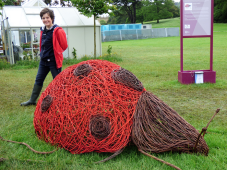 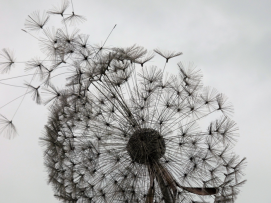 The show made sure it celebrated local stuff in Derbyshire and one of the most famous things they do is, Well Dressing. It’s amazing to think how they use each tiny petal to create such intricate artwork. The ideas for the well dressing were creative and fun. They were also very bright and colourful and each one told a story that linked to Chatsworth 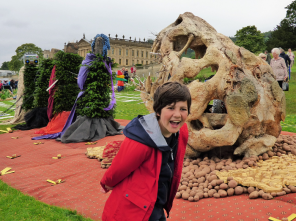 New to Flower Shows were the FreeForm Gardens, where Garden Designers could express themselves creatively. I really liked the Brewin Dolphin one as it was full of colour and the way they used the natural landscape to make the garden look as though it had always been there. I loved the copper rods, which hung over the river, which brought the river in to the garden 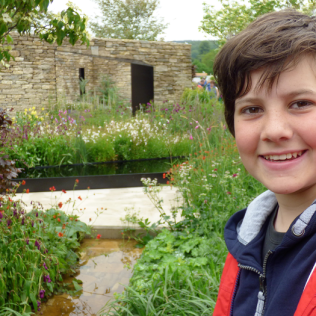 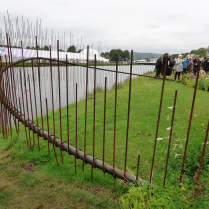 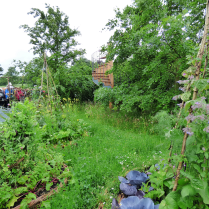 I liked ‘Jackie Knight’s Just Add Water Garden’ because it combined water with rockery plants and had a lovely large pond. It also had an area where you could relax. I met Jackie last year at RHS Tatton and I really admired her garden then. The primulas in the picture below, were everywhere at the show (and at Chelsea too); I’ve never seen them before and my Mum thought they were beautiful 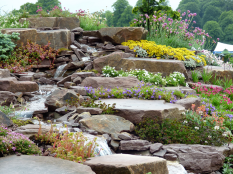 Plants I bought – 3 carnivorous plants from Wacks Wicked Plants they are different and very unusual. I also bought an echinopsis, which on the way home made holes with its spike in the bag I was carrying. I also bought a Carmona Microphyllia Bonsai 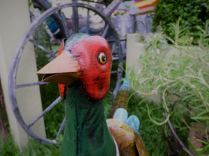 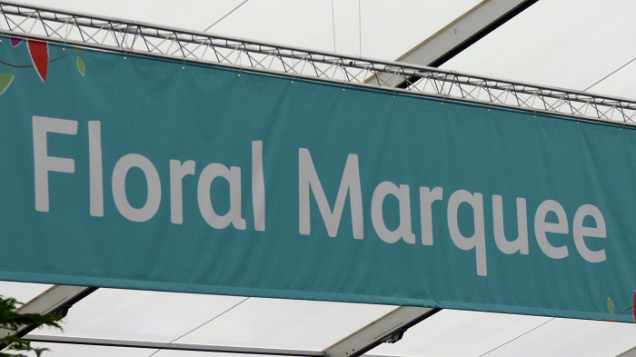 With all them flowers there was plenty of wildlife to spot – I saw a silver Y moth, lots of sandmartins, housemartins, swifts, goldfinch and a great crested grebe, which is a diving duck and their mating dispay is where they run on water and give each other water weed! 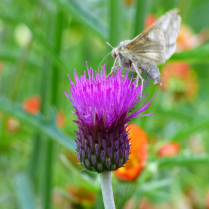 I thought the first ever RHS Chatsworth Flower Show was totally EPIC and I can’t wait for next year!

I saw a sign that said tickets for next year’s show go on sale on 1st August, so if you fancy it yourself you had better get in fast as I think they will sell out pretty quick!

Hope you have a great week folks and enjoy your garden in the sun; I will be writing about my garden in next week’s blog