Today – Thursday 11th August at 5pm on CBBC – a clip I filmed at Blue Peter is aired! 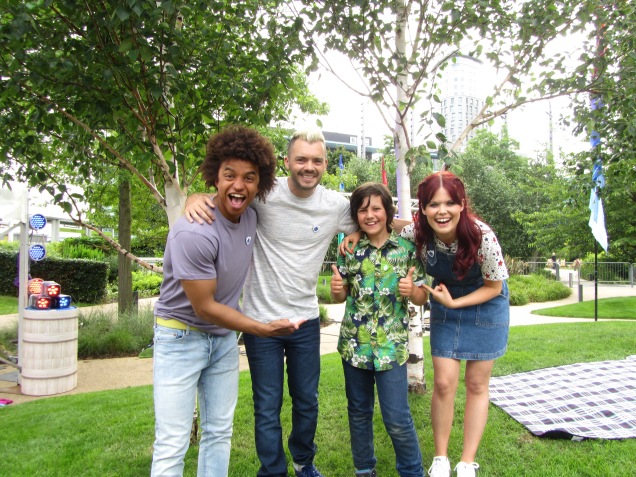 I filmed for the second time in The Blue Peter Garden and believe me, it was……….AWESOME!!!!

My job in the Blue Peter garden was to plant a crab apple tree, what a privilege to plant something that will always be there in such a famous garden.

So first of all we had to find the studio; Media City is massive, with lots of different buildings. When we jumped off the tram there was a man watering the BP garden and he recognised me and let us straight into the filming area, how cool is that!

We had to go up to the studio to check if I needed any make up – luckily I didn’t; Emily showed me around the BP studio – it was fabulous! 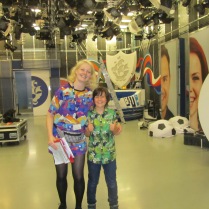 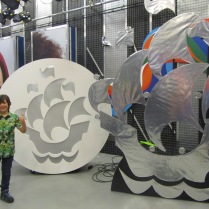 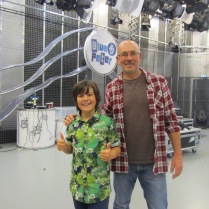 I met loads of people, including all the presenters. Lindsey was very happy to see me again. Everything moves so fast in TV world, so there was no time to sit around, it was straight to business.

I had to rehearse some scenes for the filming and then it was filmed properly, whilst I planted the tree and talked about the right way to plant a tree. 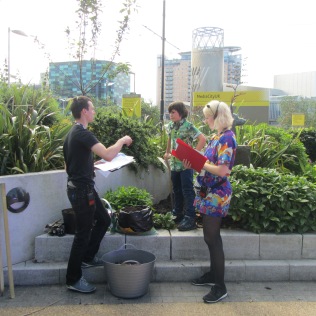 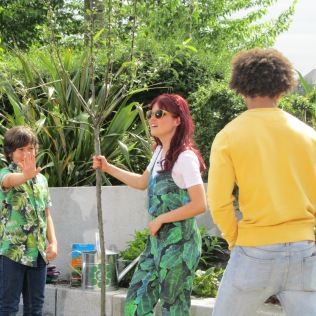 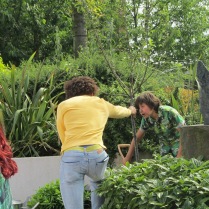 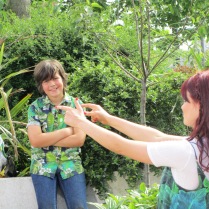 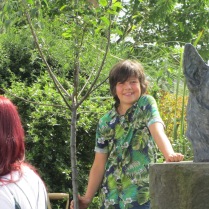 Behind the scenes was really interesting; I was surprised at the scale, there was loads of technology and lots of stuff happening. 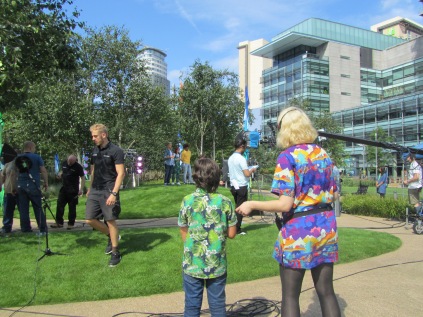 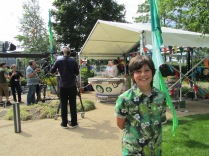 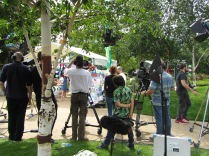 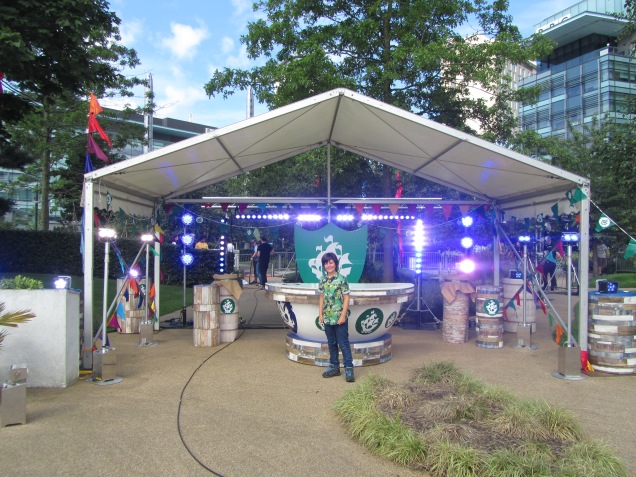 I met Scott from The Exotic Zoo and nature presenter, Mike Dilger as they were filming too. I got to hold a grass snake, slowworm, a lizard and a rhinoceros beetle. It was totally epic! Mike also gave me a signed copy of his book, Wildlife in your Garden. 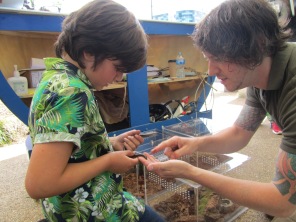 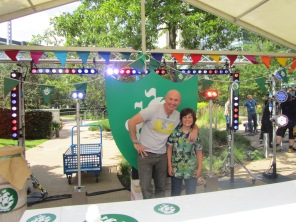 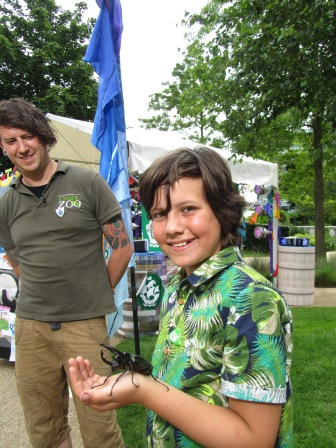 Later in the day I got to watch them film a live episode and it was really funny when Lindsey hit herself with a papier-mache tortoise. 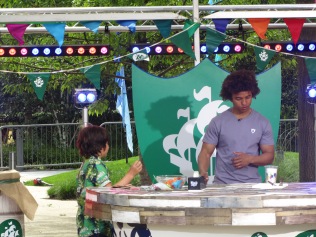 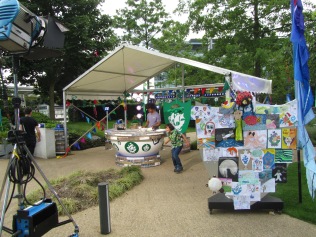 I got to meet the author of Beetle Boy, M.G. Leonard, she was very kind and gave me a book, which I’m reading at the moment. 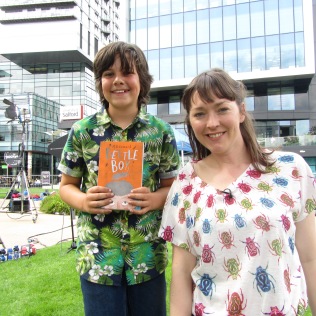 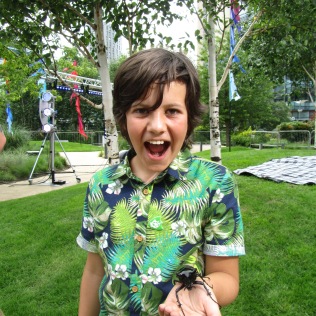 It was a fab day and I loved the action. 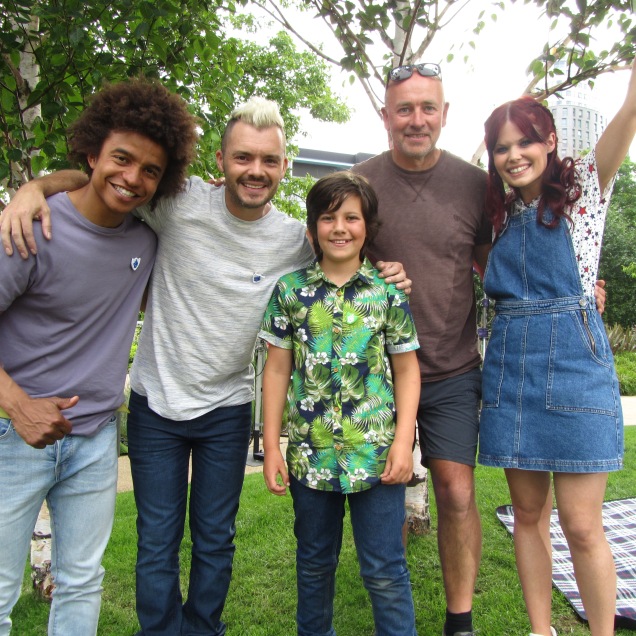 It was made even better when I met Ben Shiers on the way home – Officially Amazing! 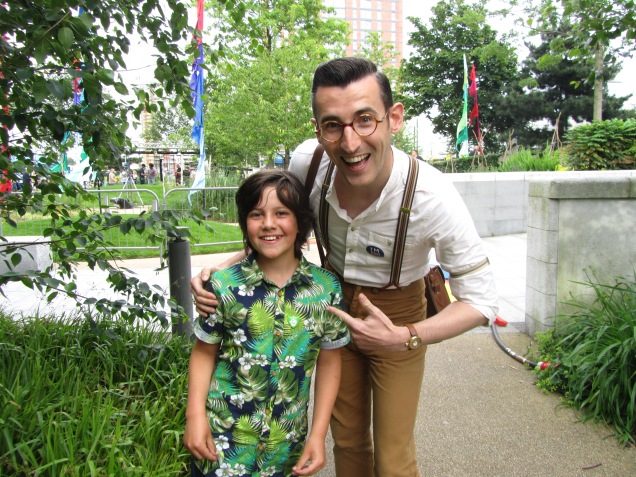 RHS Young Ambassador Gardening Geek and Nature Nerd!
View all posts by greenfingeredgeorge →
This entry was posted in TV. Bookmark the permalink.

2 Responses to Big Day Filming at The Blue Peter Garden