Partying like a Pro, as I win a ‘Local Hero Award’

Just a quick post about some fantastic news I got this week – I won the Social Farms & Gardens Young Hero Award 🙂 and what was great was that the ceremony was in my home town of Manchester at Hulme Community Garden Centre. 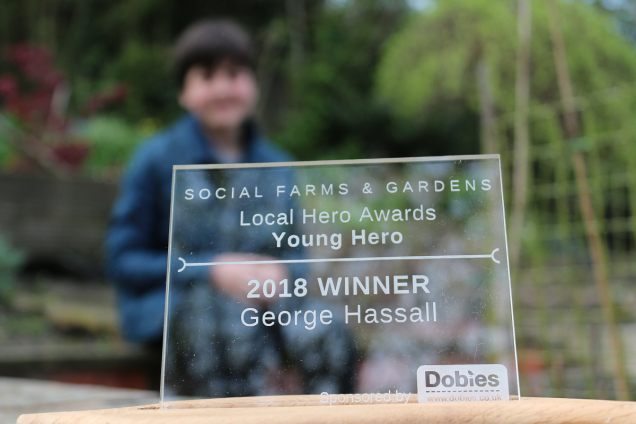 Then at weekend straight after school we travelled to Scotland for a party and had the most amazing wildlife adventure; my feet haven’t touched the ground!

The award was for,

“inspiring a generation to get outdoors to enjoy gardening and be close to nature. Winning the RHS Young School Gardener of the Year in 2014 and my video blog about Mayfield Winter Wood”

Here’s the moment the award was announced:

Drum roll please …… I’ve just won the @FCFCG Young Hero of the Year Award, sponsored by @DobiesOfDevon The ceremony was at my fav garden centre @HulmeCgardenC Thanks to @MayfieldMCR and @SalfordUni too. Mega chuffed, but now it’s time for bed 💤 😴 💤 pic.twitter.com/bYhRd2eNXQ

The Awards were sponsored by Dobies and I won a glass trophy, a cash prize, a spade and some seeds. My Grandma Barbara told me how my Grandad Bill – who is sadly no longer with us – used to love receiving his Dobies catalogue and got really excited each year about what he could buy for his garden. So, he would have been really proud of me! 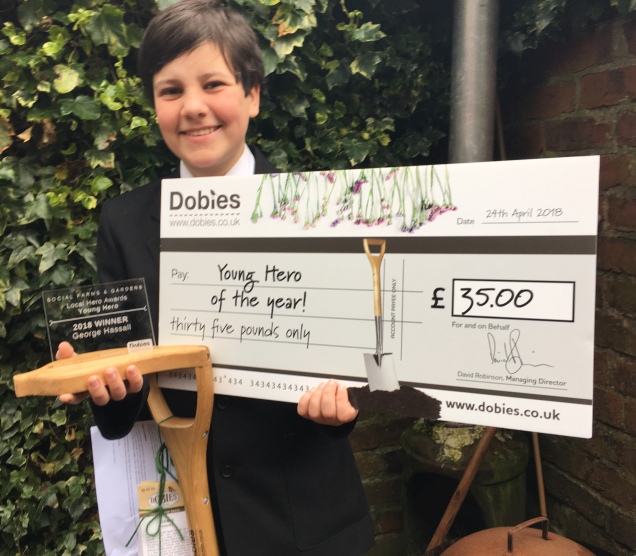 The Manchester weather was utterly miserable and I had a right laugh at the water pooling on the gazebo; there was a singer playing on the night and she said “welcome to Manchester in the spring” 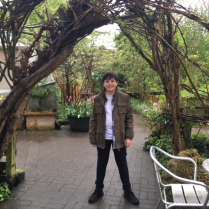 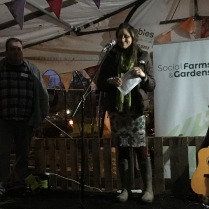 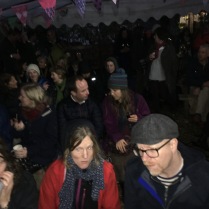 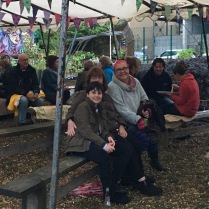 Me, Grandma and pink-haired, Ann 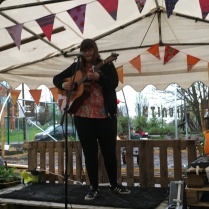 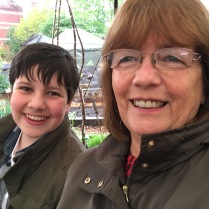 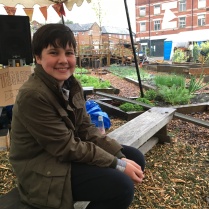 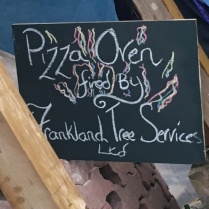 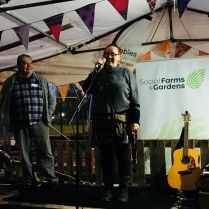 Thanks to everyone involved in the award ceremony and special thanks to Rachel, Centre Manager at Hulme Community Garden Centre for nominating me.

Like I said, I was still in my school uniform when I travelled up to Scotland on Friday, as we headed to Grobdale of Girthon (Sarah’s farm in Dumfries). Sarah had organised a mini festival for her husband, Andy’s 50th Birthday party and it was totally awesome. There was a bonfire on the Friday night, big party on Saturday night and ‘bacon butty get together’ on Sunday morning. We all had an AMAZING time! 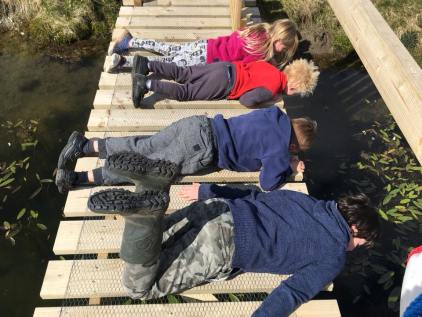 Looking out for fish at the pond 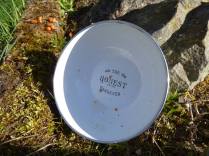 Sarah is deffo an Honest Gardener 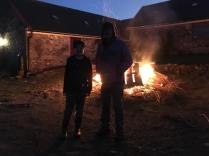 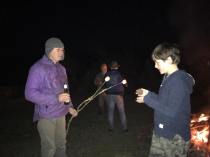 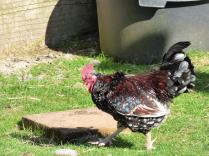 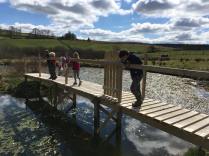 Bridge over to Malc’s island

Whilst my Mum helped to get stuff ready for the party, me and my Dad went over to the Threave Estate to view the ospreys. Before we’d even got on to the main road we were in for a right treat. We had heard a cuckoo in the morning, but the chances of seeing one of those was pretty slim; but as we came out of Sarah’s drive the cuckoo call became louder and louder, so we stopped the car and boom there it was in a tree. It was absolutely magnificent to see it and I’d say we looked at it for a good 10 minutes. Then like 100metres down the road I said to my Dad there was something in the road, perhaps a dead animal, then it moved and I said, “Dad, it’s a red squirrel!”. Off it went up a tree, but not before I took this shot. 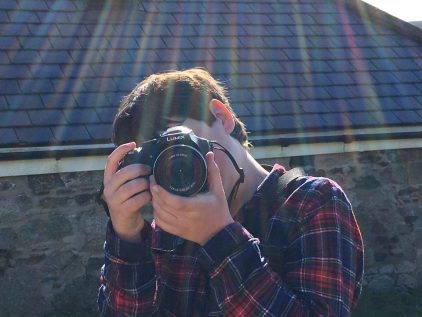 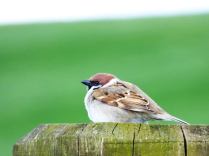 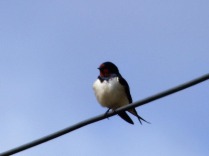 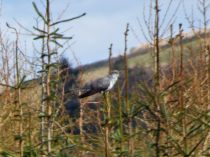 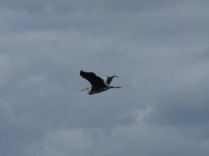 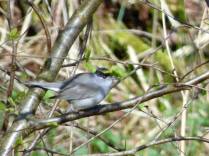 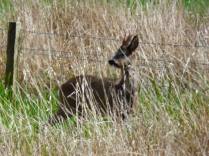 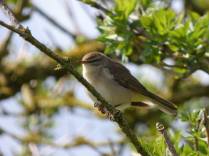 We think this is a willow warbler?? 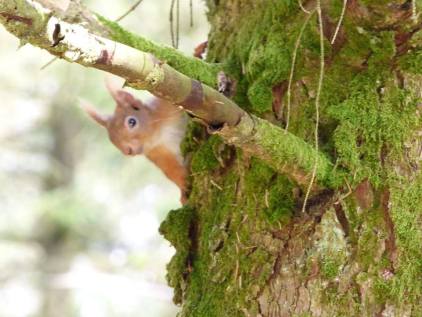 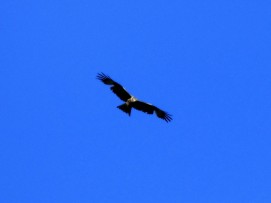 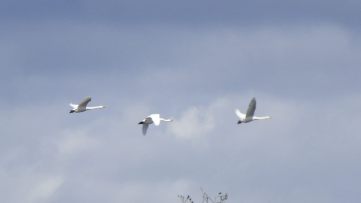 Over at Threave, we saw the resident nesting pair of ospreys, red kites, buzzards, deer, small birds, ducks and swans. It’s a brilliant place, I’d really recommend it. On the Sunday we ‘think’ we saw a golden eagle, but we’re not 100% convinced, but I tell you what, we saw some wonderful wildlife!

Anyway, back to the party and what a party it was. There was a live ceilidh band on and we all had a ‘jig’ and it was soooooooo funny, there was loads of scrummy food, a fire, hay bales to sit on and lovely people to talk to.

Thanks to Sarah, Andy and Lauren, it was just FANTASTIC!

It’s #NationalGardeningWeek this week and I’ve been up in the top garden after school, checking up on the pond and watering my seedlings. Have you been in the garden today? 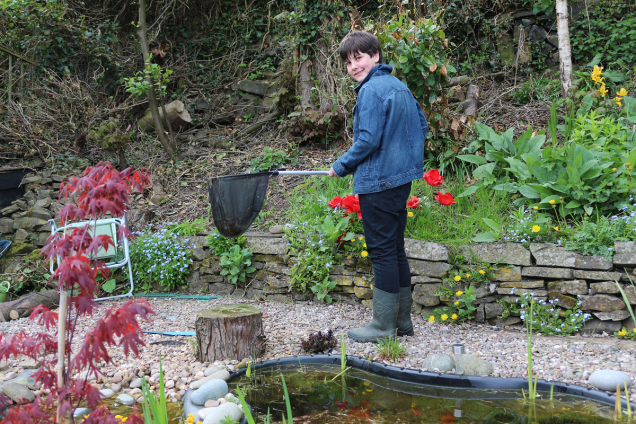 Next Blog: On Friday after school, I’m going to the new Mayfield development in Manchester to look at their community garden. I’ll also be visiting GRUB for some grub!

2 Responses to Partying like a Pro, as I win a ‘Local Hero Award’