The best thing about this week was definitely the snow and there was loads; so much so school was shut, COOL !

On Friday the snow fell through the night and I woke up to a winter wonderland. After breakfast I was straight out and played around in it. Later me and my Mum went to the Heyrod Stores for some supplies; on the way back we did snow angels. Later, Sarah and Lauren came round and we had a mega snow ball fight, a bit of sledging and we built a snowman – it was absolutely brilliant.

Today I harvested the last of the winter leeks. They went straight into the kitchen, where my Mum made chicken with a leek sauce – I love that for my tea, it’s delicious. We will be planting onions in that bed pretty soon. I love breaking the ice on the pond. 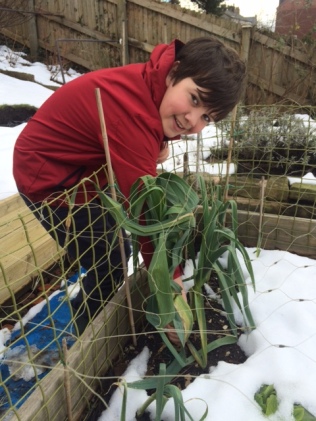 In Gardening Club this week we spent the whole session creating a rockery garden; it was full of worms and all us kids love worms! We used a lawn edger to mark out where we were going to dig, ready for some new planting. The whole gang really got stuck in and within an hour the area was all turned over.

The space seeds have returned to earth safely after completing their six month mission on board the ISS. The seeds were sent up on 02 September on Soyuz TMA-18M and were stored in the Columbus laboratory on board the station. They will be repacked and sent to schools some time in April.

This week I was announced as school ambassador for my gardening achievements. We get to go bowling as a reward for all our hard work. Result !

My big cousin, Rhys is half way through his volunteering project in Ghana. He’s working for a bakery, helping them to get better at using social media and lots of other things. Rhys helped me set up this blog. I’m very proud of him and I hope he has a good time and makes new friends. I’ve told him to look out for wildlife and let me know what he sees. I miss him, even though he always tickled me. 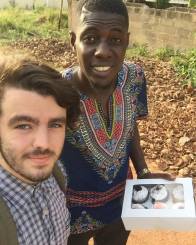 I had a great Nature Day at Scouts, but we couldn’t do any gardening as it was covered in 6″ of snow. So instead we made bird boxes, filled the bird feeders and had a snowball fight. It’s good to get more people outside and inspired by nature. I hurt my thumb using a hammer.

Me and my Dad walked home and we did a bit of Bear Grylls jumping through puddles like rivers and swinging on trees. When I got back I was a bit tired from all the fresh air, so I got warm and read my new Harry Potter book. 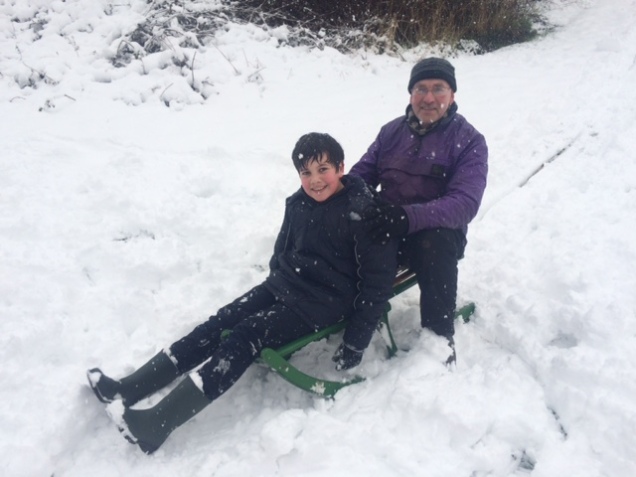 I’m looking forward to Sean Murray’s guest post this week. Sean won the Great Chelsea Challenge last year and I met him at Chelsea Flower Show, where I awarded him my special ‘George Awards Gold’.

I hope you have had a great weekend and managed some gardening or maybe you have played in the snow too.