What a souper Harvest Festival !

and it was #souper! 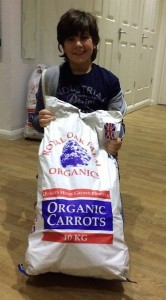 So, on Saturday I joined 12 other Young Operation Farmers to wash, peel, chop and cook nearly 50 litres of soup. We made the soup where my Mum works at People First Tameside and the veg came from where my Dad works, Organic North

We named it ‘7 veg n herb harvest soup’; the ingredients were:

There was an awful lot of peeling and chopping to do, but we were super speedy and we were all talking about school n stuff, so it went quite fast. 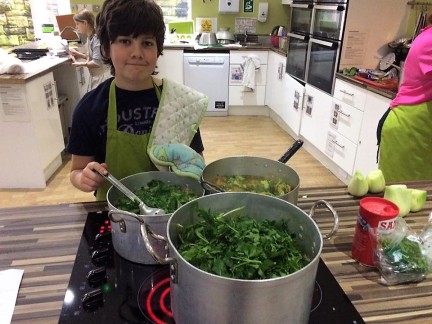 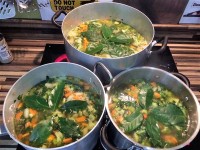 Here’s a daft video of the cooking session

This is the 8th Harvest Festival I’ve been to with Operation Farm; as I’ve grown up I’ve been given more and more responsibility. This picture was taken at the first Harvest Festival, when I was 5. They used this small apple press then, with the scratter on top. Now they use a bigger press with an electric scratter called ‘Le Shark’ !

At past events I’ve collected piles of leaves, piled them on a parachute and thrown them in the air, ran conker games, done wheelbarrow rides and made natural sculptures. It’s great fun.

Today though it was all about serving soup – all 500 portions of it! We were really busy all day, even the Mayoress came by for a cup! 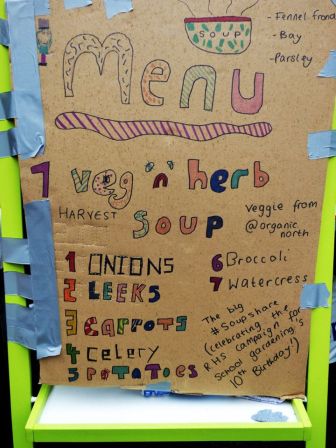 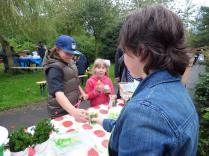 Helping the environment – We served the soup in biodegradable cups and gave customers wooden soup spoons, instead of plastic. Sainsbury’s, donated loads of bread too – it’s the bread they can’t sell, which usually goes in the bin #WasteNotWantNot

Over on the apple pressing stall, Abundance Tameside juiced over 500KG of fruit #awesome. We even pressed some organic beetroot and blended it with apple juice – it was different, that’s all I’ll say ! 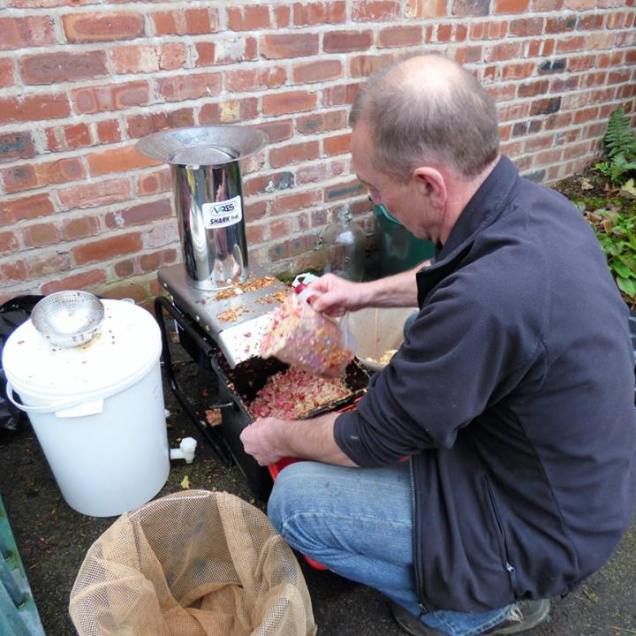 Operation Farm’s Haggle ‘n’ Barter Scheme was started by my mum 8 years ago; it’s where you swap your unwanted/surplus home-grown veggies for someone else’s. The stall was packed with some exciting stuff, including home-grown allotment veggies and some wicked looking squash

Drum roll please……..we raised £287.63 which will go towards some new equipment.

I’ve had a great Harvest weekend and I’m absolutely shattered. Am gonna have a bath and curl up on the settee with my new dog, Buddy!

Happy Harvest everyone and one last birthday shout out to the RHS Campaign for School Gardening – thanks for all your hard work guys, especially you, Alana xx

4 Responses to What a souper Harvest Festival !