I’ve just returned from a week’s holiday in mid-Wales and it was absolutely FANTASTIC!

I’ve been fishing, crabbing and wildlife spotting, ate ice cream and fish & chips, played tennis and frisbee and even had a dip in the FREEZIN’ cold sea.We stayed near Llangrannog in a lovely cottage at Penlon Farm, where the owner Gari allowed me to roam freely round the farm and even feed a baby lamb by hand – despite being small it really pulled on the bottle. There’s Jazz the sheepdog, horses Tommy & Freddy, a turkey, sheep and chickens. It’s a great place to explore, I’d love to live there.

Cwmtydu has a rocky beach with a river that changes with the tide and I love it there. If I lived near there I’d go after school everyday – it’s just a brilliant place. My Mum bet me £5 to swim for 10 seconds in the icy water; I’m always up for a challenge !

Later in the week we cooked tea over a real fire using driftwood off the beach and I enjoyed a campfire Forest School favourite, ‘S’more’

My 3 favourite places to visit

Best wildlife spotting of the holiday

I saw LOADS of wildlife, but here’s my top ten (I’ll put a gallery of wildlife spottings on my facebook page) 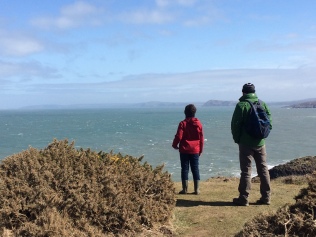 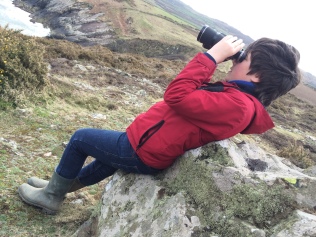 Anyone who knows me will tell you I’m mad about fish & chips; I had them twice from a chippy in New Quay – they were scrummy. Had a delicious hot chocolate too! 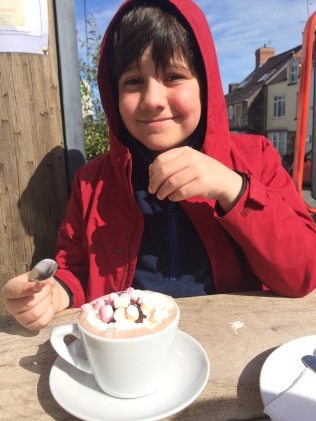 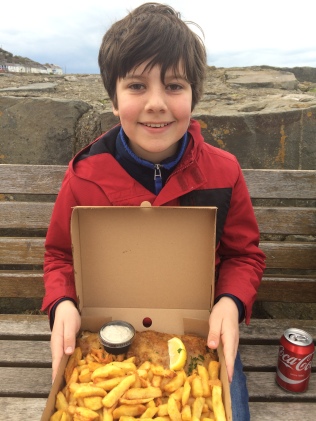 I’ve got another week off school and am looking forward to visiting RHS Garden Harlow Carr, doing a bit of gardening (I’ve planted these spuds today) and I’ve got big plans to make my own Doctor Who/Harry Potter film.

What a great Easter holiday it’s been so far.

20 Responses to Wild About Wales