I have been visiting Chatsworth House since I was a baby and it’s one of my favourite places in the whole world. When I went to RHS Chelsea Flower Show in May 2015 and got the opportunity to meet the Duke of Devonshire at Dan Pearson’s Show Garden I jumped at the chance to tell him how much I loved his house.

I couldn’t believe it when he invited me to visit the gardens with Steve Porter, the Head Gardener and his team; it was a dream come true. And so, on 30th December I had 5 ½ hours of ‘AWESOMENESS‘ working at Chatsworth House Gardens.

After meeting Head Gardener, Steve Porter I went straight to the Team’s Mess Room to get sorted and collect all the stuff  I would need. All the gardeners were out and Steve told me how they have a timetable of jobs, like cleaning out the river, planting seeds and turning the water features off at night 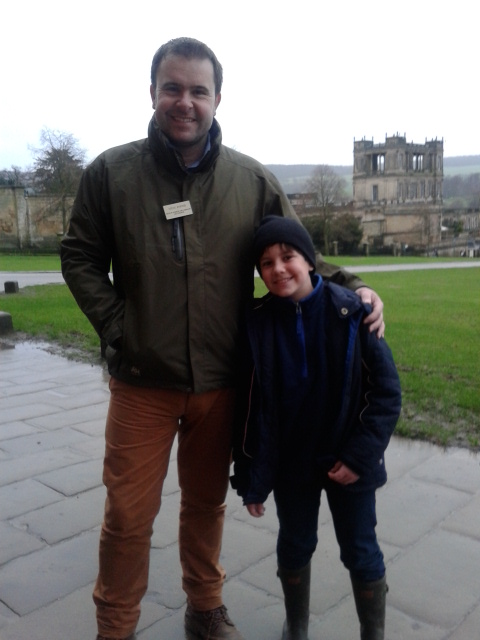 My first job was to work with Ian to water the plants in the greenhouses. There are 3 sections to the greenhouse – the Temperate, the Mediterranean and the Tropical. Ian was really patient and explained in detail all about the different plants including how Chatsworth played an important part in banana plants; read about it here. I was given a cutting and told I need to keep it inside on a window bottom and give it plenty of water. 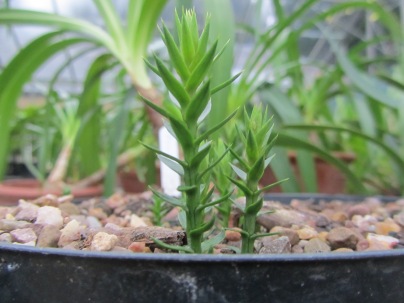 I was also given a fig tree, which I need to keep inside for now until spring and then I need to plant it in a sunny area of the garden.

The team were really generous; I got 2 more plants cuttings from an Alpine and an Auricula and I was really lucky to get a Chatsworth Gardener’s T Shirt – I hope I wear one for real one day!

I then went with Matt and Dan to the trout stream at Dan Pearson’s garden – all the plants from the Chelsea Show Garden are spread about. Here I am in October 2015 when I went to Chatsworth Beyond Limits Sculpture Exhibition, which I have visited every year since I was 4.

Basically, we cleared out the trout stream to keep the water flowing, making damns with stones and then let the water go, it was EPIC. I threw leaves at Dan by mistake, Matt laughed and said to do it again!

At dinnertime in the mess room I had a Chatsworth sausage roll – it was delicious – with the team and Buster the dog. I asked a few questions:

Q. Has the stormy weather or floods affected the plants at Chatsworth?  A. Fortunately, No

Q. Has the mild weather affected the plants?   A. Yes things are coming up early – the plants are confused

Q. I asked the team had they always wanted to be gardeners?  A. A definite, YES

Q. What happens to all the veg they grow in the Kitchen Garden?   A. They sell it

Finally, my last and probably favourite job was to turn off the water features with Rowan. The Emperor’s Water Fountain is one of the most famous in the world and it was quite hard to do as it has a very big key and I had to put my foot in the ground to get my weight behind it.

Who would of guessed that aged 5 (in the picture below) I’d get to turn the most famous Water Fountain off?!?!?

and here’s a video of me doing just that:

I have always loved the Weeping Willow Tree so to turn this off was a real treat and it was a little easier to turn off. Whenever I go to Chatsworth I love to stand under the tree – here I am aged 5 doing just that! 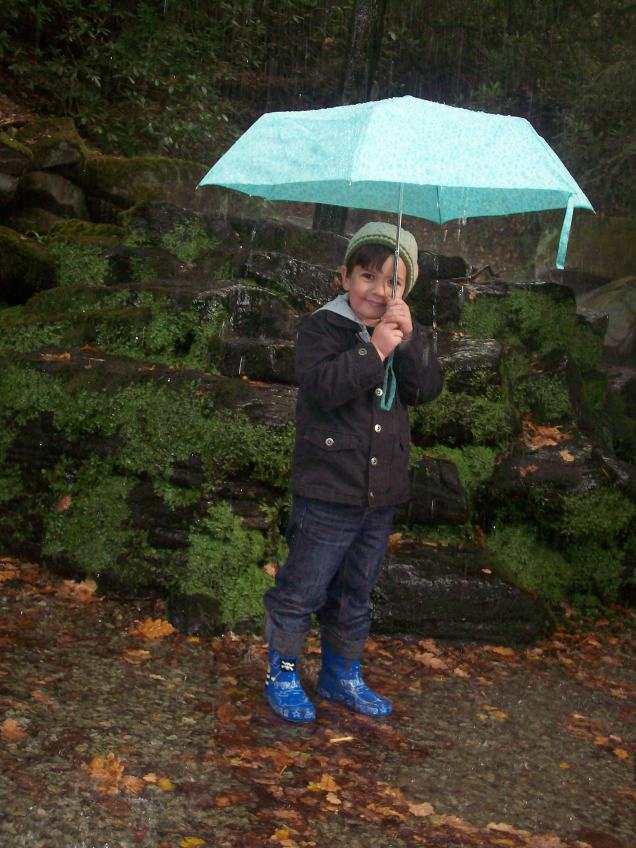 The Cascade water feature has at least 6 valves operating the different fountains, gargoyles and jets they were really hard and I struggled doing this.

I loved this sculpture in the cascade in 2010

Then I met the Duke of Devonshire – WOW and my wellies had got a hole in them and let loads of water in, so they were squelching as I walked through his private rooms! He told me about his relatives whose garden in Ireland had been battered by the recent weather. He invited me to the first RHS Chatsworth Flower Show in 2017; I can’t wait for that. He congratulated me on my Ambassadorship and said “well done” at all my RHS Campaign for School Gardening achievements. I was trying to be posh when I spoke to him ! It was so special to meet him.

Unfortunately my day was over, I didn’t want to go home – I could have stayed there forever !

My Mum & Dad picked me up and we went to The Packhorse at Little Longstone for a celebratory tea, it was delicious and I spent time telling them all about what I had done.

We stayed overnight at a B&B called, Glebe End. The owners Sheila and William were really nice, the bed was so comfy, the breakfast was scrummy and I spent a lovely morning looking round their garden.

And then just when I thought the day couldn’t get any better I found a sheep skull at the side of the road – I took it home to put on my nature table; a fantastic end to a PERFECT DAY !